Check Our our Latest Series

The first episode in my new Minecraft Let's play series. Join me on my new adventure in my new world where I try to get settled and find a good location for the start of my new home.

Follow along as I journey through the awesome world of Ark Survival Evolved. 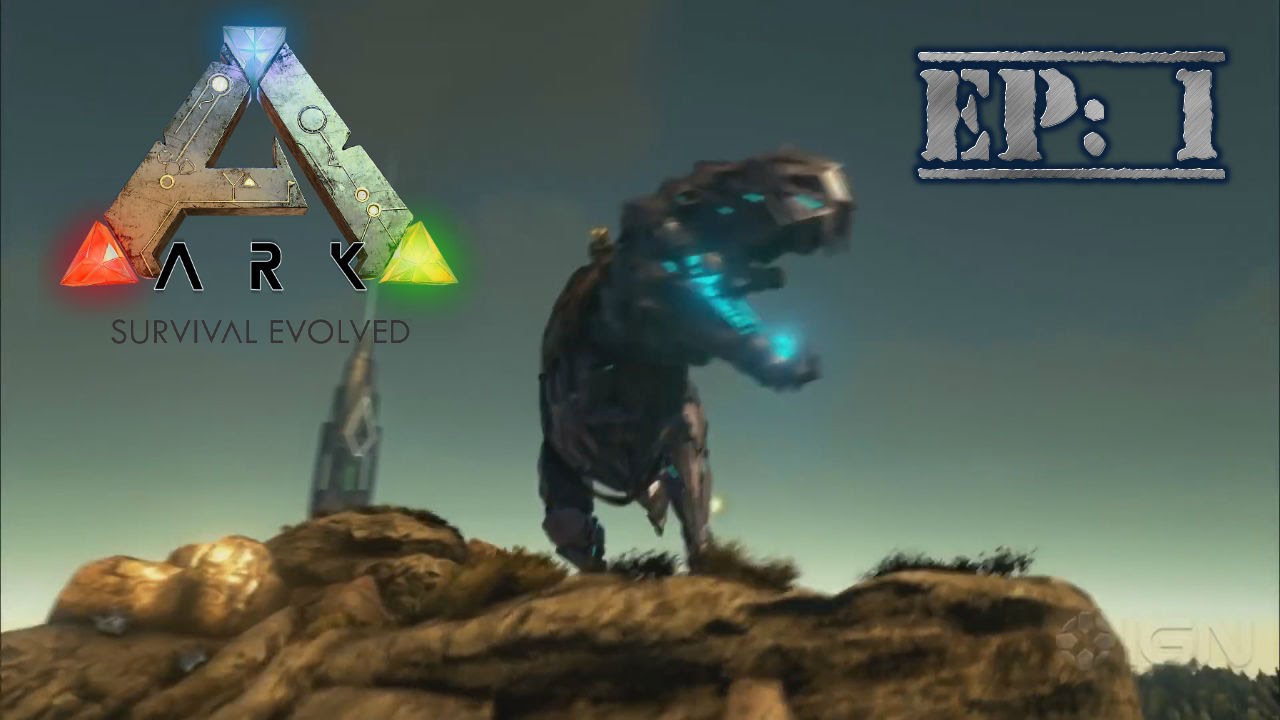 Legend Of Zelda Ocarina of Time 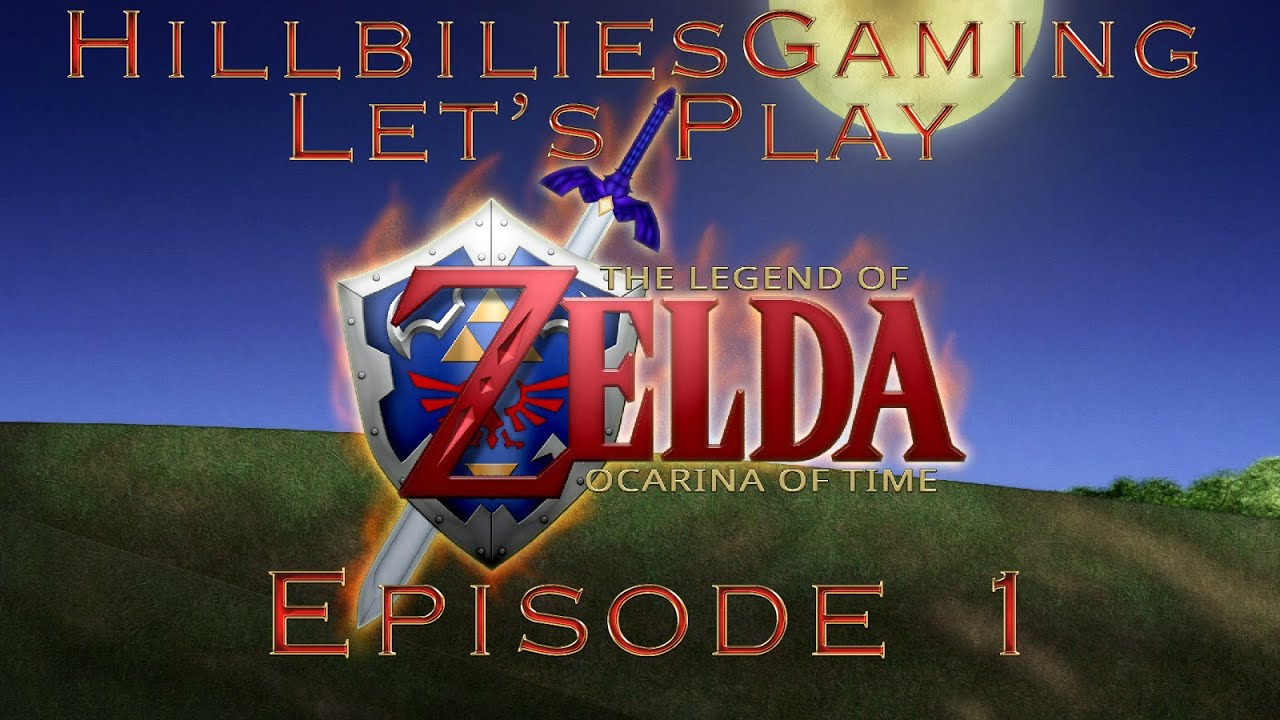 Welcome to my lets play of Astroneer. Join me on my journey of exploration on strange new planets and throughout the stars. 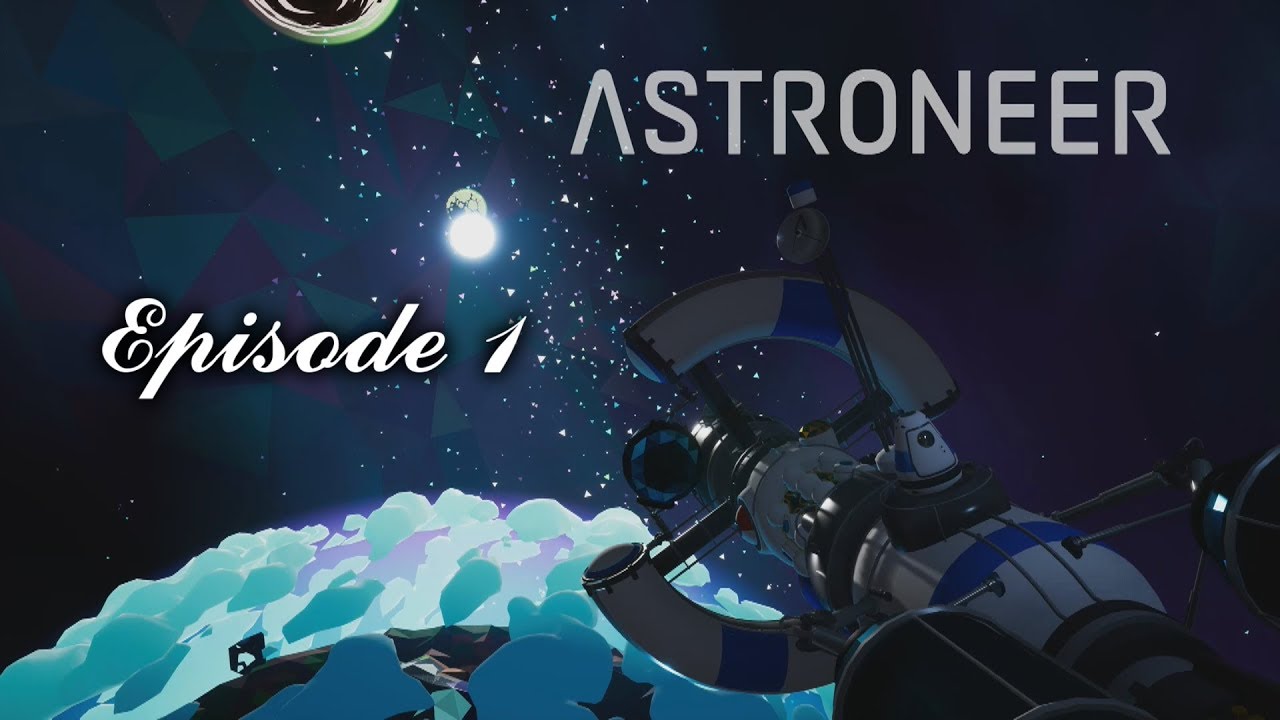 Welcome to Subnautica, in this playthrough I hope to explore the deep oceans and find all sorts of cool creatures, locations and secrets. Come join me on my journey. 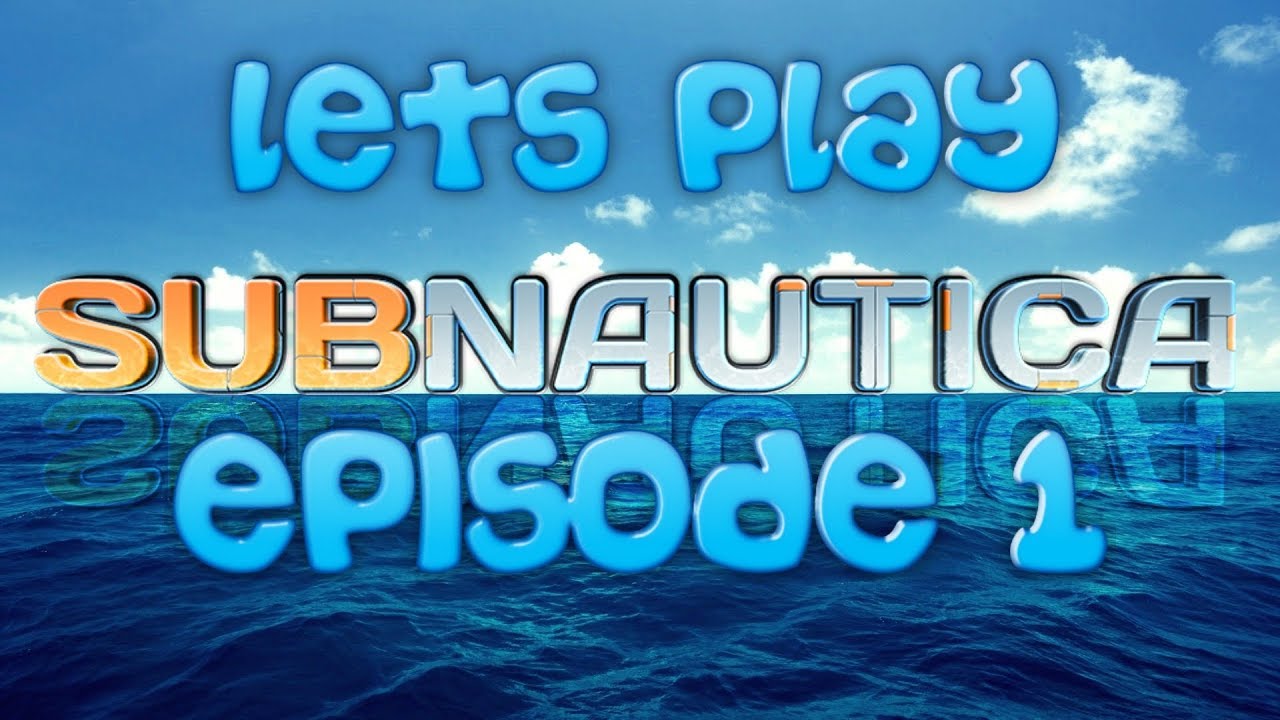 Fallout 4 - Into the Wasteland

From building your own settlements to finding interesting side quests, and discovering a creepy Ghoul-invested town, there’s no shortage of things to do. 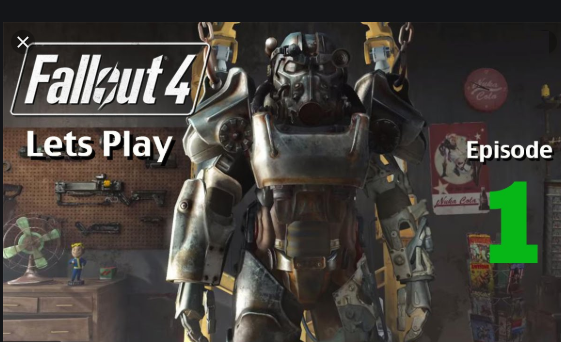 Welcome to my lets play of slime ranch a game about collecting and breeding slimes for money to upgrade the ranch further and get cool upgrades. Slime Rancher is a life simulation video game developed and published by American indie studio Monomi Park. The game was released as an early access title in January 2016, with an official release on Windows, macOS, Linux and Xbox One on August 1, 2017. As of February 28, 2019, the game sold 2 million copies. 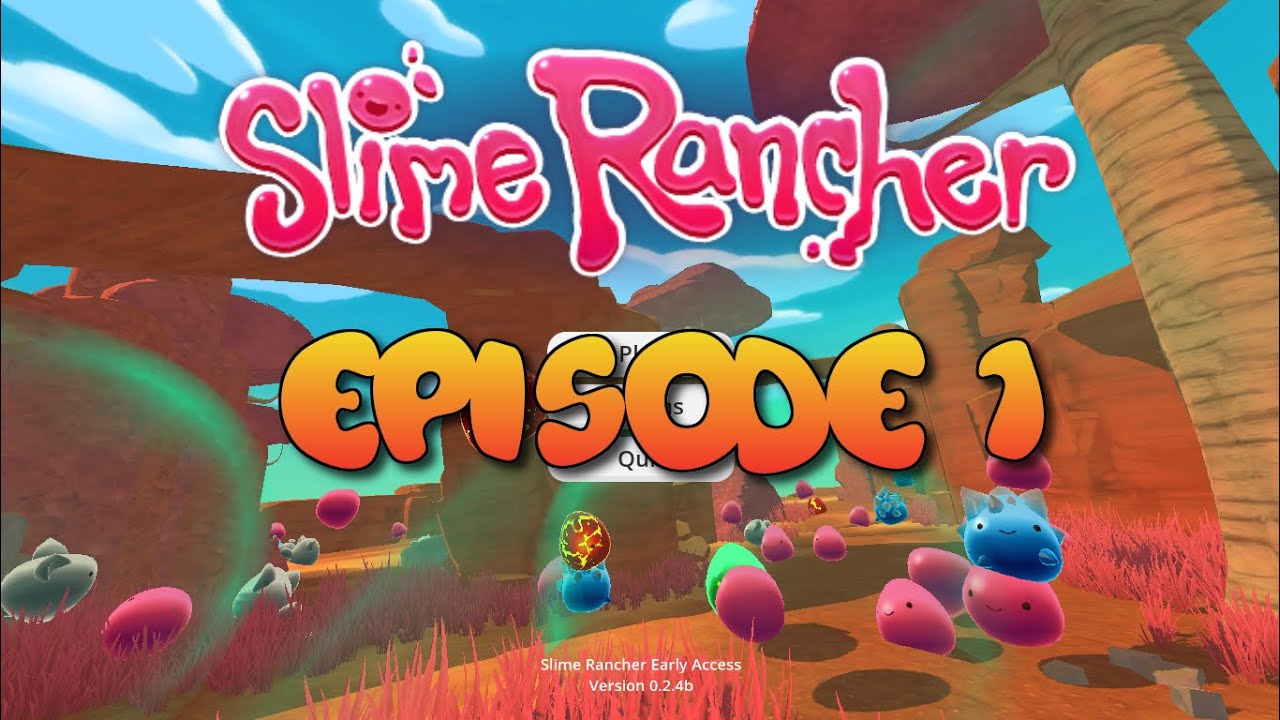 Welcome to my new play through of Stardew Valley a Harvest Moon/Animal Crossing/Terraria/Minecraft type game involving crafting, farming, building, exploring, mining and meeting people. In this first episode I begin my adventure in this immersive new world.

Stardew Valley is a simulation role-playing video game developed by Eric "ConcernedApe" Barone and originally published by Chucklefish. The game was initially released for Microsoft Windows in February 2016, with ports later being released for macOS, Linux, PlayStation 4, Xbox One, Nintendo Switch, PlayStation Vita, iOS, and Android. In Stardew Valley, players takes the role of a character who, to get away from the hustle of the city, takes over their deceased grandfather's dilapidated farm in a place known as Stardew Valley. The game is open-ended, allowing players to take on several activities such as growing crops, raising livestock, crafting goods, mining for ores, selling produce, and socializing with the townsfolk, including marriage and having children. The game also allows up to three other players to play together online. Barone developed the game by himself over four years. 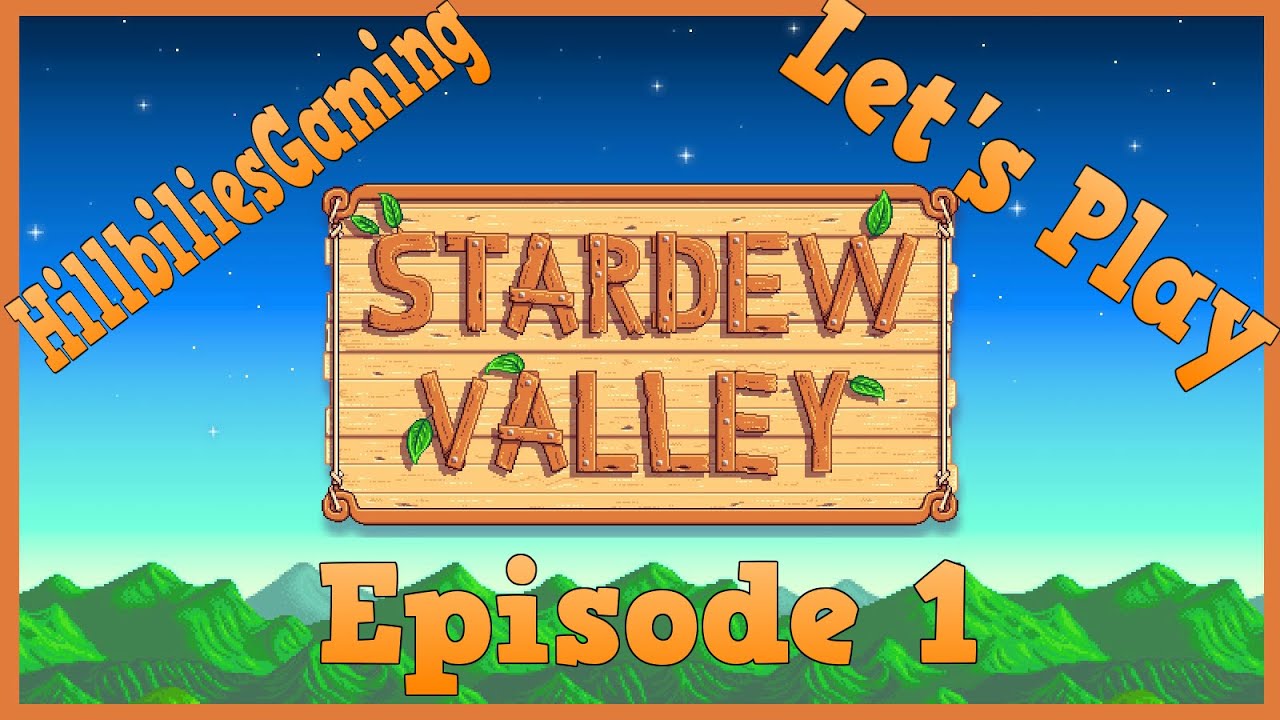 Grand Theft Auto V is a 2013 action-adventure game developed by Rockstar North and published by Rockstar Games. It is the first main entry in the Grand Theft Auto series since 2008's Grand Theft Auto IV. Set within the fictional state of San Andreas, based on Southern California, the single-player story follows three criminals and their efforts to commit heists while under pressure from a government agency and powerful crime figures. The open world design lets players freely roam San Andreas' open countryside and the fictional city of Los Santos, based on Los Angeles. The game is played from either a third-person or first-person perspective, and its world is navigated on foot or by vehicle. Players control the three lead protagonists throughout single-player and switch among them, both during and outside missions. The story is centred on the heist sequences, and many missions involve shooting and driving 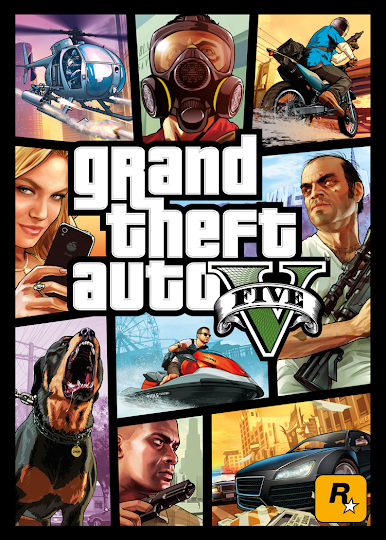 In this new series I will be showcasing the new additions to my game collection every time I am given some or find them at flea markets or even the local pawn shop, maybe even a thrift store or two. Thanks so much for watching, I hope you enjoyed. 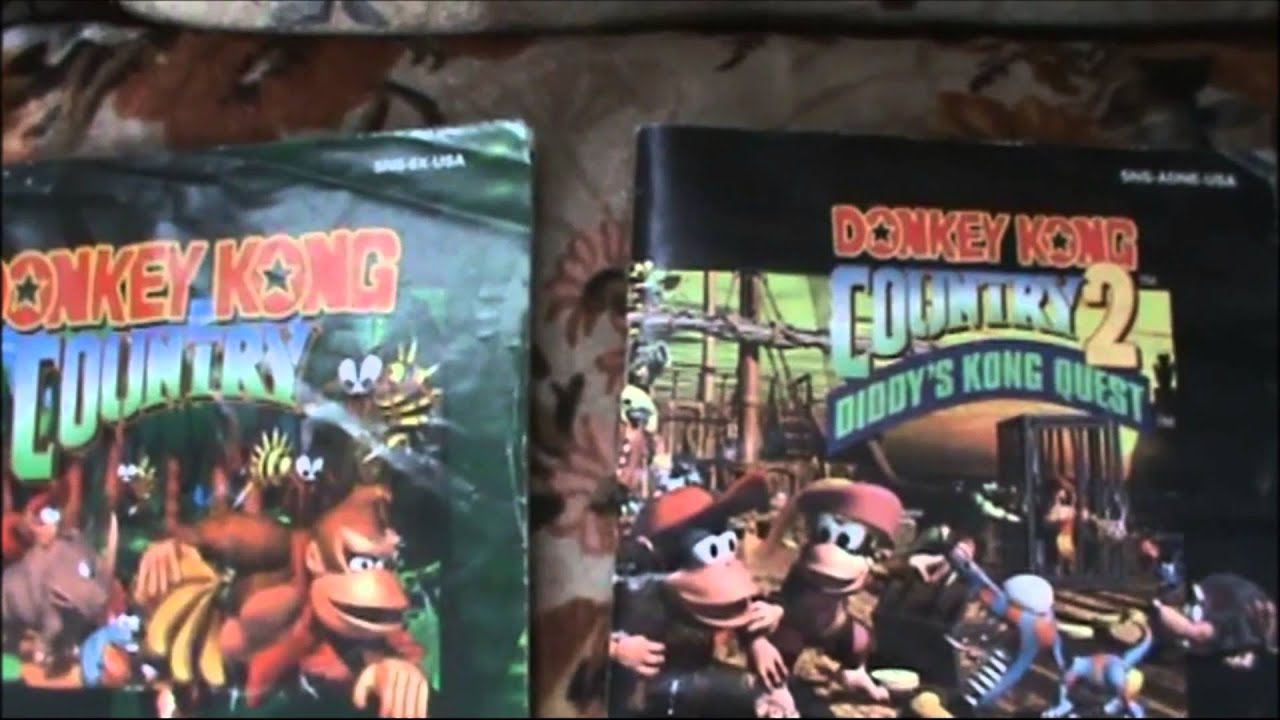 How To - Things To Try Series

Some new thing to try in different games. check this series out! 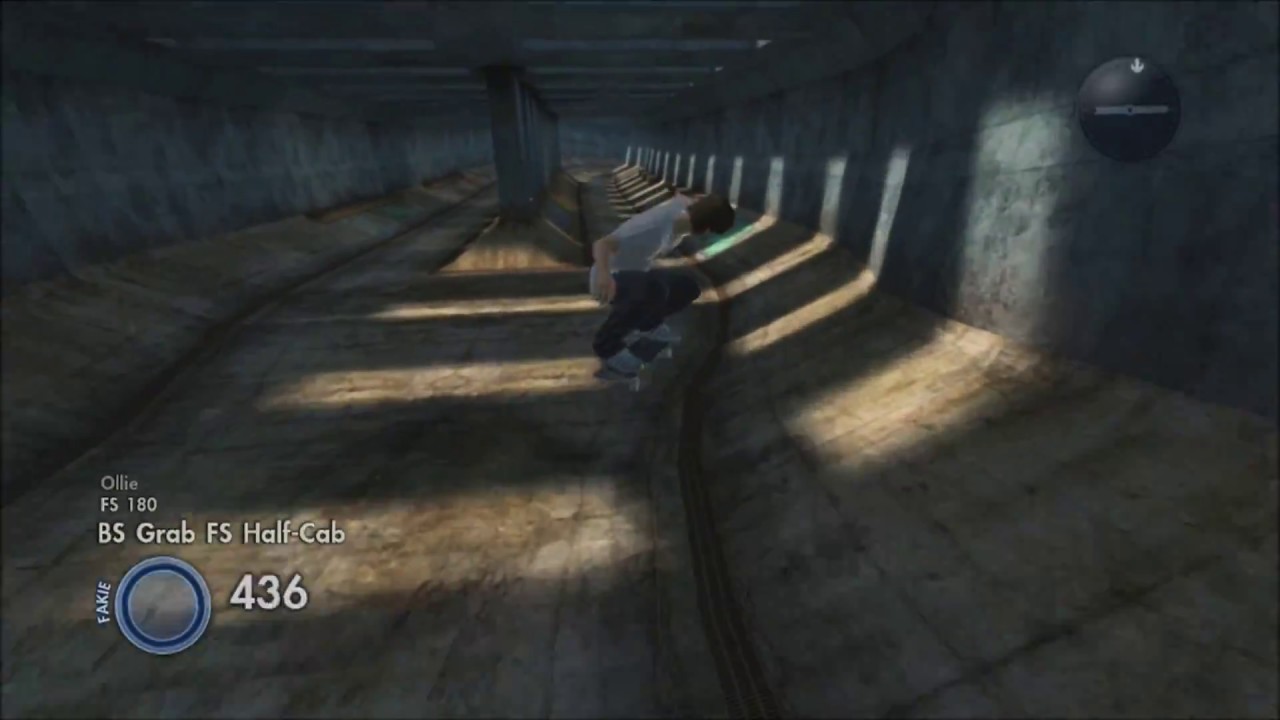 Welcome to my play through of Tiny Tank for the Ps1. Follow me as I guide Tiny, the cute killing machine through 13 levels against the Mutank to save Humanity. 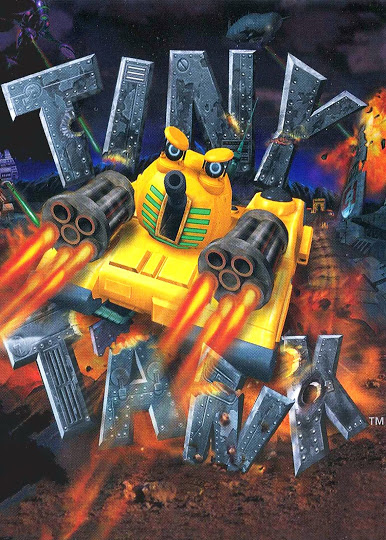 Welcome to my CO-OP lets play of Starbound with Grrxmaster. Thank you all so much for watching, I hope you enjoy.

Starbound is an action-adventure video game developed and published by Chucklefish. Starbound takes place in a two-dimensional, procedurally generated universe which the player is able to explore in order to obtain new weapons, armor, and items, and to visit towns and villages inhabited by various intelligent lifeforms. Starbound was released out of early access in July 2016 for Microsoft Windows, OS X, and Linux, and is in development for Xbox One, PlayStation 4, and PlayStation Vita. 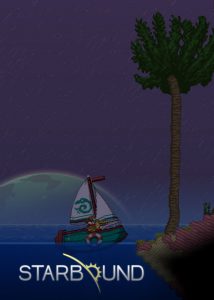 A glitch I found while playing through the main story in some of my favorite games. 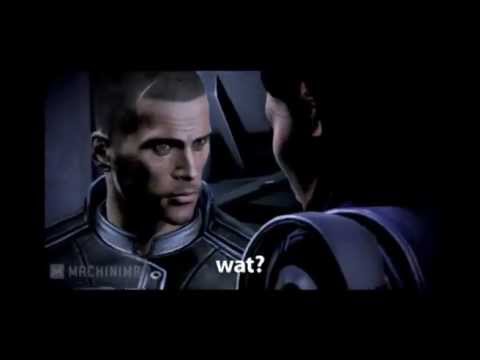 Dishonored is a 2012 stealth action-adventure video game developed by Arkane Studios and published by Bethesda Softworks. Set in the fictional, plague-ridden industrial city of Dunwall, Dishonored follows the story of Corvo Attano, bodyguard to the Empress of the Isles. He is framed for her murder and forced to become an assassin, seeking revenge on those who conspired against him. 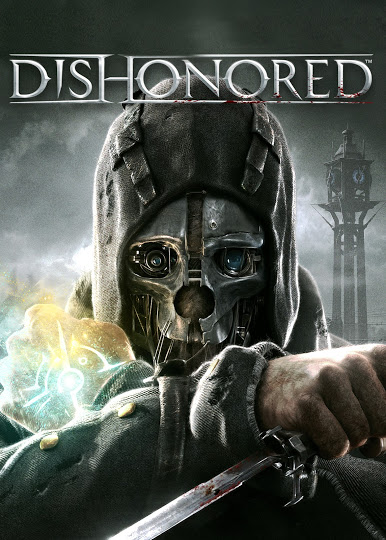 Minecraft is a sandbox video game created by Swedish developer Markus Persson, released by Mojang in 2011 and purchased by Microsoft in 2014. It is the single best-selling video game of all time, selling over 180 million copies across all platforms by late 2019, with over 112 million monthly active players. In Minecraft, players explore an intentionally blocky, pixelated, procedurally-generated 3D world, and may discover and extract raw materials, craft tools, build structures or earthworks, and, depending on game mode, can fight computer-controlled foes, as well as either cooperate with or compete against other players in the same world. 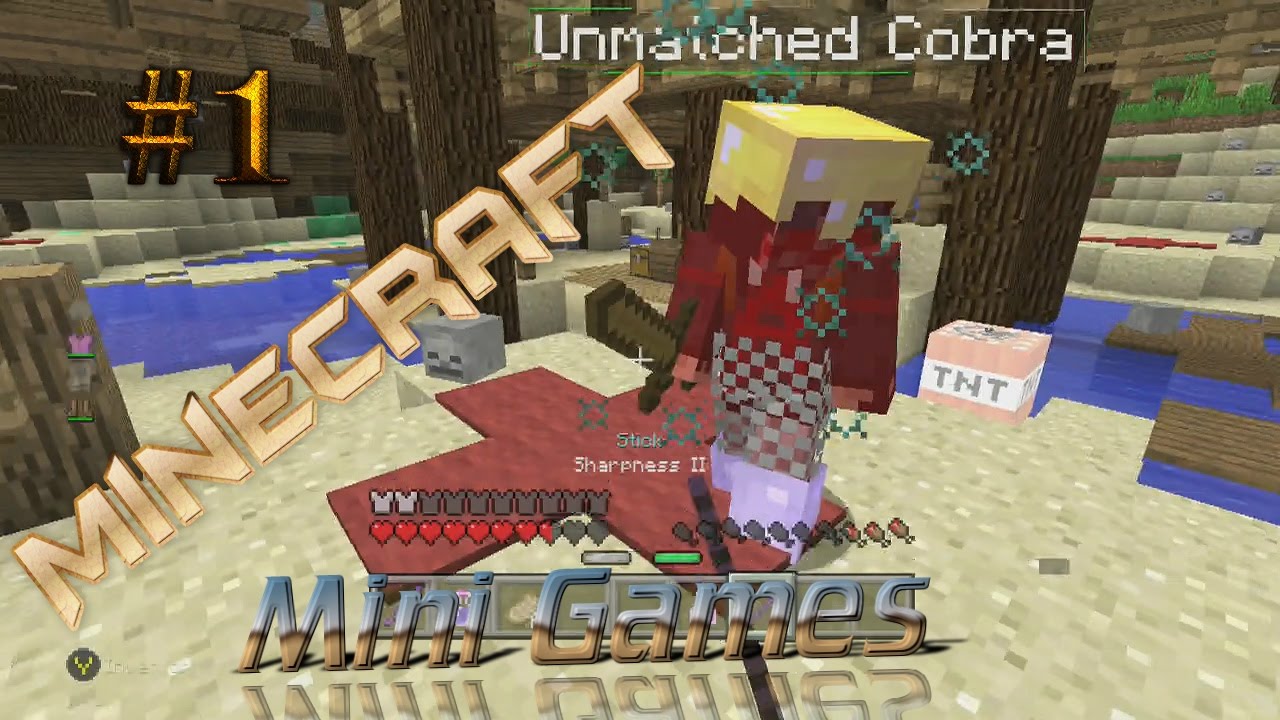 Best Of - Cards Against Humanity - #1

Some of the better moments of Cards Against Humanity. 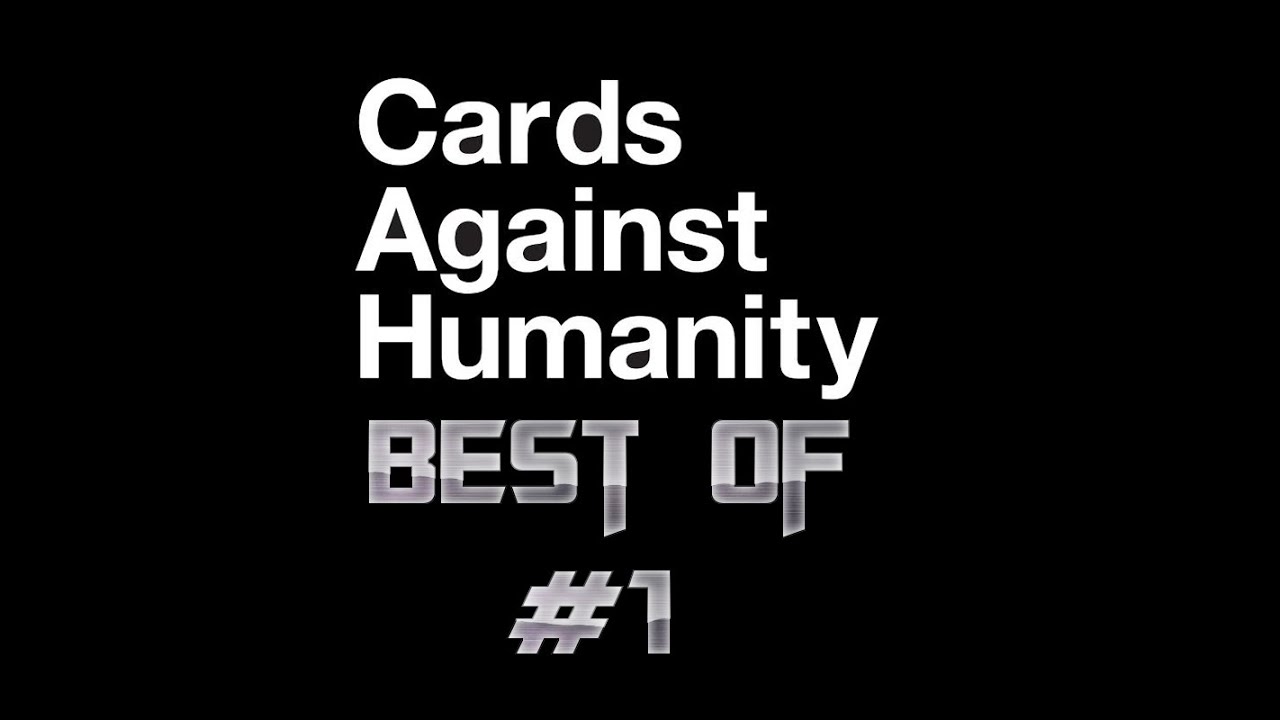 Just some moments in Gears Of War 3 with HottyFletchGaming.

Gears of War is a 2006 military science fiction third-person shooter video game, and the first installment of the Gears of War series. It was developed by Epic Games and published by Microsoft Game Studios, initially as an exclusive title for the Xbox 360 in November 2006, before a Microsoft Windows version of the game, developed in conjunction with People Can Fly, was released a year later in 2007. The game's main story, which can be done in single or co-operative play, focuses on a squad of troops who assist in completing a desperate, last-ditch attempt to end a war against a genocidal subterranean enemy, and save the remaining human inhabitants of their planet Sera. 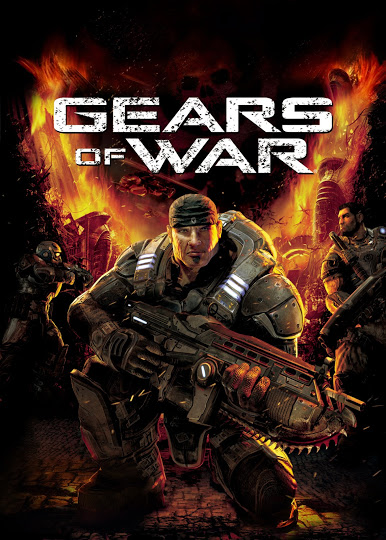 My team on swat leaves me alone against 4 players, this is my survival 4 vs 1. 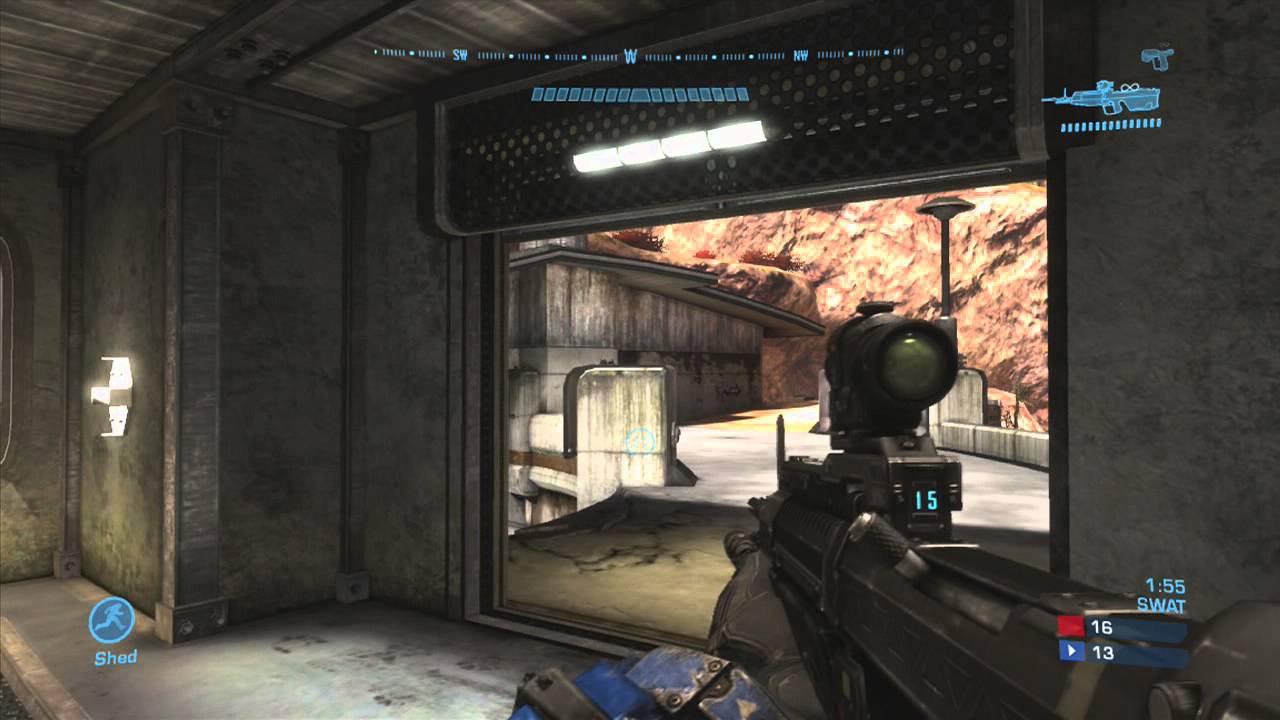 This episode is my quick play through of the first mission trying to get a high score and get all the stars possible..

Battlefield 2: Modern Combat is a first-person shooter video game in the Battlefield series. 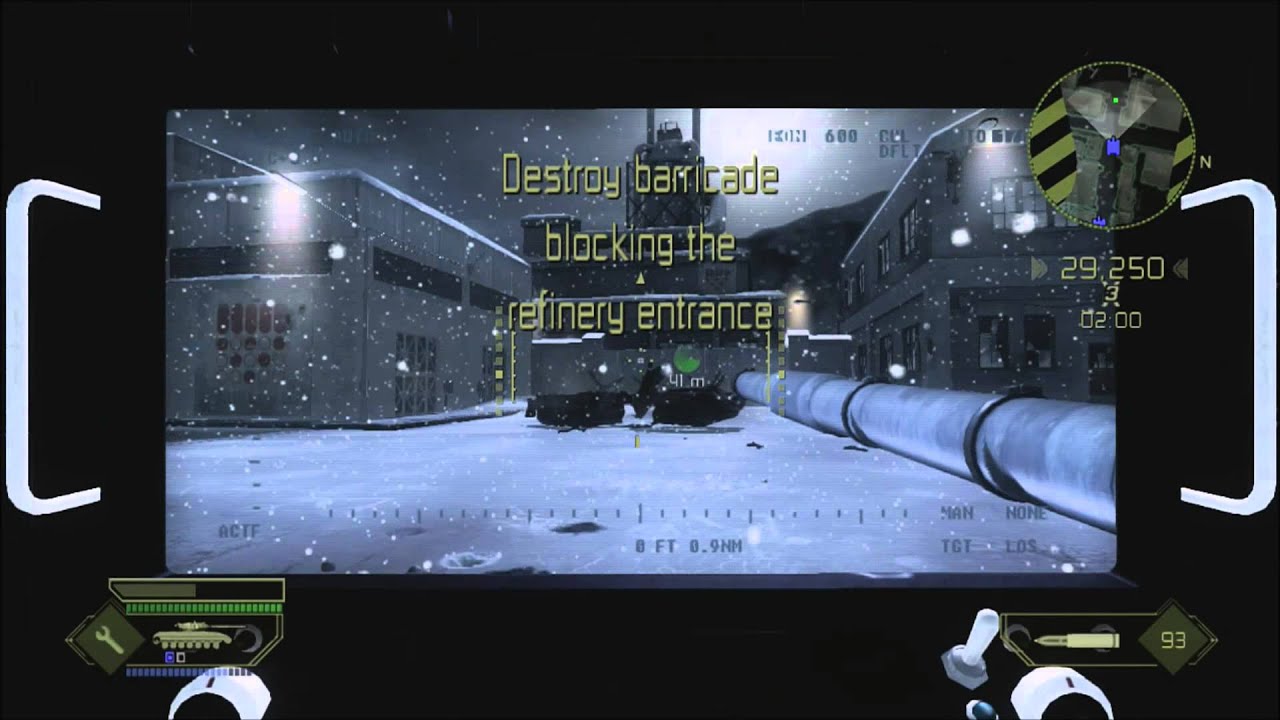 In this tutorial I show you a new circuit (I think) I've been working on to control dispensers better using pressure plates. Thanks so much for watching, I hope this helps you and I hope you enjoyed. 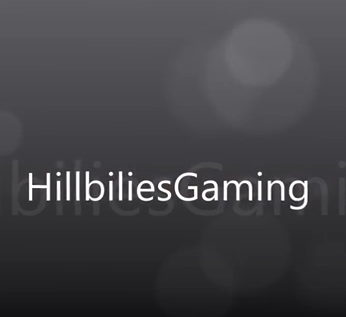